Until very recently, researchers and clinicians assumed that all healthy bodily fluids like blood, lymph, urine, amniotic fluid, and milk were sterile unless they were produced by an infected or ill person. This belief was reasonable at the time, because the only ways that researchers had to really “see” and study bacteria were to look under a microscope (which was somewhat hit or miss) or grow the bacteria in petri dishes filled with carefully designed gels, each one intended to grow one or more specified bacteria.

Usually, the bacteria of interest were those that caused disease. Healthy “commensal” bacteria were typically not studied to any great extent. That is, until the advent of high-tech molecular techniques that allowed microbiologists (and the rest of us) to identify and study literally thousands of bacteria without having to grow them in the laboratory or see them under a microscope.

In a nutshell, these state-of-the-art methods involve removing the DNA from a sample (such as blood or milk) and then sequencing the building blocks that make up the DNA’s genetic material. The specific genes studied are special because highly variable pieces of them can serve as tiny fingerprints that distinguish one type of bacteria from another. This technology, called next-generation sequencing, is what allowed collaborators working on the Human Genome Project to characterize typical bacterial communities found in, for example, human feces, saliva, and vaginal secretions.

Because of next-generation sequencing, we now know that all of these secretions and excretions are teeming with living bacteria. Scientists around the globe have been scrambling to figure out how variation in these bacterial communities is related to health and disease.

You may be wondering what all of this has to do with breastfeeding.

These techniques have recently been applied to human milk and, not surprisingly, all studies to-date show the same thing as was found in the Human Genomic Project: that is, human milk is full of bacteria. Moreover, compared to other many other types of samples, human milk represents an unusually rich and diverse source of bacteria.

This finding is a veritable paradigm shift in terms of infant nutrition because we have all been assuming that foods fed to very young babies – indeed, anything that goes into their mouths – should be as clean as possible. After all, we sterilize pacifiers. We sterilize baby bottles. We use hand sanitizers. Some women even clean their breasts before feeding their babies. And we feed pasteurized (sterilized) baby foods and milks throughout all of infancy. But is sterility and super cleanliness really what we should be aiming for in terms of infant nutrition? Should we worry that milk is laden with bacteria? In addition, might the bacteria in human milk pose a health risk to the baby?

The answer to these questions is a hearty, yet qualified, “no.” Experts now generally agree that exposing infants to nonpathogenic, non-illness-causing, commensal bacteria and other common environmental elements (e.g., cultural foods) likely helps the infant’s immune system learn to tolerate them.

Often referred to as the “hygiene hypothesis,” this concept appears to help explain why infants born to affluent parents often have higher rates of allergies and asthma than those born to parents of lower socioeconomic status. And why farm kids have some of the lowest risks of allergies around. As such, it is likely that breast milk may serve an important purpose in safely exposing infants to bacteria that they are likely to come in contact with on a daily basis. Exposure to bacteria via breastfeeding might also help babies NOT mount dangerous inflammatory responses to these bacteria as they grow older.

On the flip side, we also know that potentially pathogenic bacteria can indeed be passed from mothers to their infants via breast milk. For instance, the bacteria that causes tuberculosis can enter the milk and infect the recipient infant. Other potential pathogens, like the virus that causes AIDS (the human immunodeficiency virus, HIV) can also infect infants via their mothers’ milk. For this reason, it remains critically important that donor milk be pasteurized before it is fed and for research to continue regarding the potential benefits (and harm) of milk-borne bacteria. In addition, mothers who are infected with diseases like tuberculosis should be treated along with their infants during the period of breastfeeding.

Clearly, there is much to learn about the microbes found in human milk and how they relate to health and disease. However, some evidence suggests that they might impact mammary inflammation and influence risk of mastitis and even cancer. Other studies show that delivery mode (vaginal versus cesarean) might influence microbial community structure in milk, although here the data are relatively inconsistent.

What does seem to be consistent, however, is the finding that individual women produce milk with unique microbial fingerprints, and that these microbial patterns are relatively stable over time. In addition, studies suggest that there is great variation in the microbes found in milk produced by women in different populations. We don’t know what factors drive this variation in the milk microbiome, but a combination of genetics, lifestyle (including diet and childcare choices), and environmental exposures is likely.

Indeed, understanding what is “normal” in terms of milk microbiomes around the world is currently a first-order priority for our laboratory and many others’. Exploring factors that drive this variation is key to understanding if certain bacterial community structures might be important for optimal health in different cultural and environmental contexts.

Understanding what is “normal” in terms of human milk composition, including its microbiome, is fundamental to understanding optimal infant feeding. We believe that it is likely that “normal” varies around the world. What is optimal in, for example, a remote region of Nepal might not be health-promoting in an urban region of Scandinavia.

In the meantime, we can all agree that human milk is complex – not only in the basic nutrients it contains, but also in its myriad of other biologically active components, including a host of newly discovered bacteria. There is always more to learn about this amazing food. 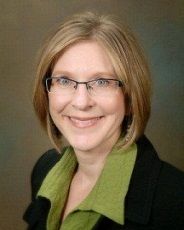 Michelle (Shelley) McGuire, PhD, is a human nutrition researcher with expertise in maternal and infant nutrition, particularly during the period of breastfeeding. In her role as Professor of Nutrition at Washington State University, Dr. McGuire has been conducting clinical research related to nutrition, lactation, and breastfeeding since 1995. Intrigued with almost any aspect related to these themes, Shelley’s research topics have spanned a variety of topics, including nutritional regulation of minerals, hormones, and lipids in human milk.