Minding Your Milk: Helping Mothers in the NICU

It is well documented in research that mothers own milk remains the gold standard for nutrition to critically ill infants in the Neonatal ICU. But despite the fact that the mother may be willing to provide milk for her infant, there can still be potential challenges to achieving that goal, particularly if that infant is in the NICU.1

Even if the nursing staff is able to help mom initiate milk supply and begin frequent pumping with a quality pump, and even if a team of committed medical and nursing staff are available to support this, difficulties may arise. Barring any unforeseen physiologic or anatomical issues, there is still another potential barrier that is often not addressed in the literature: maternal stress.

Having a baby is a highly stressful experience.2, 3 Having a baby in the NICU exponentially compounds that stress. While there can be many factors that impact a woman’s ability to successfully initiate and maintain breast milk for her infant, we do know from the research that stress, fatigue, anxiety and depression can be powerful inhibitors of lactogenesis.

This challenging combination of factors can play a significant role in inhibiting our ability to provide vital human milk for our delicate, critically ill newborn population. However, when we educate our moms on the significant benefits of her milk for her sick baby, the weight of this knowledge can be tough to absorb; information such as the vital impact on her baby’s wellbeing, future outcomes, and reducing the risk of potentially fatal illness while hospitalized. All of this pressure may compound the already highly stressful demand of “producing milk”.

So the question is, if there is a relationship between maternal stress and successful lactation, what can we do as care providers to support our moms and babies on their journey to health and wellness? There is a significant gap in the literature looking at the impact of interventions to promote stress reduction in the lactating NICU mom. In one study done by Dr. Feher et al. a positive effect was demonstrated on improving milk quantity and quality by utilizing relaxation as an intervention. The following excerpt is Dr. Feher’s work in 1987:

To facilitate the breast-feeding experience, intervention mothers were given a 20-minute audio cassette tape based on relaxation and visual imagery techniques. At a single follow-up expression of milk at the hospital approximately 1 week after enrollment, they expressed 63% more breast milk than a randomized group of control mothers. The fat content of the breast milk in the two groups was not significantly different. Among a small group of mothers whose infants were receiving mechanical ventilation, the increase in milk volume compared with that of control mothers was 121%. Longer-term effects of the relaxation/imagery approach (such as extending the duration of breast-feeding or reducing parental stress after hospital discharge) and the physiologic basis for the increased volume of milk (improved milk production v more efficient milk ejection) are appropriate topics for future research.4

Additionally, in Neonatal Care in 2012, Douglas Keith and colleagues created a study to see if there would be an increase in milk production in moms pumping milk for their preemie babies utilizing music and a guided relaxation/meditation. A sample size of 162 moms of premature (average 32 weeks) or critically ill newborns was given a hospital-grade breast pump. They pumped 8 times per day. They were then randomly assigned to one of four groups:

Milk production and milk fat content were analyzed over a period of 14 days. The results showed that the moms in the experimental groups produced significantly more milk (P < .0012). They also produced milk with significantly higher fat content during the first 6 days of the study.5

If a breastfeeding mom of a baby in the NICU were to do an internet search on lactation and meditation, there would be many sites to offer support and guidance. But an evidence-based recommendation would be difficult to find. And in the medical literature the research to demonstrate efficacy for this interventions is scant. Yet, it is a potentially cost effective, minimally invasive option that may have multiple benefits as have been seen in early research.

Have you considered stress-reduction efforts for your NICU moms? If so, what were they? Share in the comments section below! 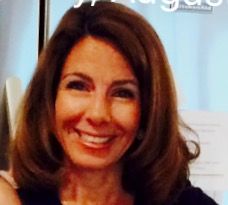 Kim Flanagan, MSN, CRNP, has worked as a NICU nurse and Neonatal Nurse Practitioner for 20 years. She currently serves as the Clinical NICU Specialist for Medela, Inc. In this role, she works with NICUs across the country to maximize their use of human milk in the neonatal population to improve patient outcomes, patient safety and best practices.