Hospitalized infants, including those born preterm, are at the highest risk for not receiving human milk for the following reasons including maternal/infant separation, long hospitalizations, maternal knowledge and confidence deficit, insufficient supply and delayed onset of lactogenesis stage II.8-10,16 In 2012, the American Academy of Pediatrics recommended that all preterm infants be fed human milk because of these infants’ special needs.1 Human milk provides important immunological, nutritional, and developmental benefits leading to a decrease in the short- and long-term morbidities associated with being born preterm.11,12 Within the neonatal intensive care unit (NICU) population human milk has been shown to decrease the incidence of feeding intolerance, necrotizing enterocolitis (NEC), infections, chronic lung disease, retinopathy of prematurity, developmental and neurocognitive delays, length of stay and hospital readmission rates post discharge.12 The benefits of human milk feedings in the very low birth weight (VLBW) population have been shown to be dose dependent, therefore increasing the duration of breastmilk use for infants in this population is imperative to improve their short- and long- term outcomes.5-7

Nurses are critical to the initiation, promotion, and protection of breastfeeding.5,13-14 During the first 14 days it is imperative to support mothers so they can establish and maintain a good milk supply. Labor and delivery and mother-baby nurses spend a significant amount of time with the mothers of infants admitted to the NICU, during this most critical time frame. Because of this they have the unique opportunity to play a vital role in improving the outcomes of NICU patients. Skin-to-skin or kangaroo care, early breastmilk expression, and the development of an expression regimen are important ways labor and delivery and mother-baby nurses can assist mothers.

Inadequate breastmilk production is one of the most common reasons mothers decide to stop breastmilk expression.15 Early breastmilk expression within 1 hour of delivery has been shown to increase duration of lactation and decrease time to the onsetof lactogenesis II. In one randomized control trial, mothers of VLBW infants were noted to be more likely to be lactating at 3 weeks, 6 weeks, and at time of discharge if they initiated pumping within 1-3 hours of birth. Additionally, mothers who pump more than 6 times per day have been found to have increased milk production.16 Compelling research by Meier,17 Torowicz18 and Post19 has identified that use of a double electric breast pump in the first days post-birth outfitted with Initiation Technology™ results in increased milk production.

Continued adequate production of human milk relies on emptying the breasts completely at a routine interval. Simultaneous expression of both breasts not only has been demonstrated to cut down on the amount of time during a pumping session, but research has shown that this method leads to increased prolactin levels, that result in increased milk volumes. In low risk infants, pumping durations of at least 100 minutes per day has been correlated with increased volumes.15 The addition of hand expression in combination with use of a double-electric breast pump can be effective in collecting initial quantities of colostrum. Mothers who pump 6 times or more per day have been found to have increased milk production.16

Skin-to skin care is the first important step maternity nurses can take to support the mother-infant breastfeeding dyad for the NICU patient. Each mom has a unique microbiome and bacteria from the maternal GI tract translocate into breastmilk via the enteromammary pathway. This pathway allows the infant to tell the mother’s body to make good bacteria to fight the bacteria present in the NICU environment. Mothers should be encouraged and supported to perform kangaroo care with their infant, as this action had been associated with mothers more often producing milk volumes greater than 500ml per day, which is considered adequate to maintain nutritional demands of a neonatal infant.15 Additionally, studies suggest that how long a mother holds her infant on a daily basis, how often kangaroo care occurs on a weekly basis, and whether or not kangaroo care was started within the first week greatly affect the volume of human milk mothers are able to express.20

Bedside nurses working within the labor and delivery and mother-baby units are in a prime position to help improve the outcomes for patients admitted to the neonatal intensive care unit. Skin-to-skin or kangaroo care, early breastmilk expression, and the development of an expression regimen by nursing staff help to set NICU mother’s up for long-term success.

This article was previously published in Neonatal Intensive Care, Vol. 31 No. 3, Summer 2018

6. Tran C, Medhurst A, O’Connell B. Support needs of parents of sick and/or preterm infants admitted to a neonatal unit. Neonatal, Paediatric, and Child Health Nursing. 2009;12(2),12-17. 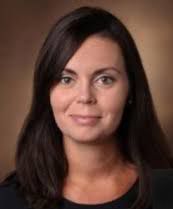 Dr. LeBar is the advanced practice provider team manager for the Neonatology Intensive Care Unit at Monroe Carell Jr. Children’s Hospital. She leads advanced practice providers (APPs) in the Neonatal Intensive Care Unit (NICU), facilitating highly specialized, safe, and efficient care. Dr. LeBar is a board-certified Acute Care Pediatric Nurse Practitioner and has practiced in the neonatal/pediatric critical care setting for 14 years. Prior to joining Vanderbilt, Kiersten was a nurse practitioner in the NICU at