Have you noticed that there is a human milk preparation practice change that is sweeping across the nation?

The actual process for preparing human milk feedings for the most part is still the same. However, the BIG CHANGE that is being implemented by many Children’s Hospitals is with “who” is preparing the feeds, and “where” human milk feeds are being prepared.

Acute care hospitals are adding human milk prep technicians to prepare breast milk feeds for infants in the hospital. This is a newer change in practice and one that I personally believe is ingenious. The reason why I say ingenious is because this practice change is more than SMART, it is a dynamic win-win for both nurses and patients.

Since the beginning of neonatal intensive care, nurses have prepared formula and human milk feeds at the bedside for patients in the NICU. I have been a NICU nurse for many years, recently celebrating twenty-five years since entering the profession, and for almost my entire career nurses have been preparing feeds at the beside or near the bedside.

A little more than a decade ago, I started working at a Level I tertiary children’s hospital that had a well-established formula preparation room. Formula techs were staffed in the formula preparation room where they prepared and batched formula in large jugs and delivered them to various neonatal and pediatric units within the hospital. At that time, many hospitals were adopting the practice of formula nutrition techs to minimize the risk and growing concerns of accidently contaminating feeds with powdered formula.

Human milk preparation was not included in the initial change with formula nutrition techs. Human milk prep continued to be prepared by the nurse at the bedside. Until recently!

There are a couple of reasons for this trend of change.

The second reason is related to the increased amounts of human milk fortifiers. Fortifiers are not only bovine – some are human milk based. These can be in a powder, liquid, or cereal. Human milk preparation has become a very complicated and complex process! A colleague of mine once said she “feels like a mad scientist” when referring to the daily process of adding fortification to infant feedings.

Nutrition for premature infants has become increasingly complex and breast milk fortification has become prescriptive and increasingly important to have the exact amount of fortification in every feeding. This requires strict attention to the details, monitoring available milk, measuring tools, strong math skills and time. With more breast milk being available and more additives the time required to prepare milk has increased significantly for nurses. The concern for inaccurate measurement of milk fortification is real because of the many variables. For the infant, an error in fortification measurement can lead to poor tolerance, discomfort, and may lead to a cascade of steps that may include various workups and increase length of stay.

What better way to improve the process than to have a dedicated team of meticulous workers to prepare human milk feeds for neonates?

More information is being published and presented by innovative clinical leaders writing and sharing their processes and the results of adding milk technicians to their team. The most recent neonatal nutrition article that I read on improving practice with milk technicians is by Brock and team.  Brock et al., reported on the challenges and successes observed during and after implementing a milk technician program. The results they saw are compelling, and include: decreased time infants reached full-feeds, reduced cost of milk preparation, AND saved nursing time.1 They measured the time and costs associated with nurses preparing feedings to milk technicians, and the estimated cost savings reported are significant.

Diane Spatz and her team, located at Children’s Hospital of Philadelphia, published an article in Advances in Neonatal Care describing their experience implementing a human milk management center that also includes adding milk technicians for milk preparation.2 Spatz describes the milk technician role and responsibilities, as well as the education and training provided for safe practice. What I found of great value in this paper was the best practices that were highlighted as learnings along the way – it is a must-read.  Implementing a practice change of this magnitude is a challenge, but when others share their learnings it is priceless.

Barbas published a paper on creating the innovative role of a mother’s milk technician at Boston Children’s Hospital. Barbas is transparent as she stresses the importance of using a standardized measurement for fortifiers, aseptic technique, and procedures. Also, addressing the importance of education, training, and hiring people with a specific skill-set for the role.3 This paper reminds us of the challenges that are often specifically related to NICUs having limited space. It creatively expresses how to solve the space challenge by adding a mobile mother’s milk technician role for milk preparation – ingenious!

To be completely honest, a lot happens at the bedside, and nurses are more valuable there: at the bedside providing patient care. Milk preparation is a responsibility that can be transferred to a trained and skilled technician.

Moving the practice of milk preparation from highly skilled registered nurses at the bedside to skilled, trained milk preparation technicians seems to be a best practice that is gaining attention and popularity.

How does your hospital handle the responsibility of milk preparation? Tell us in the comments below! 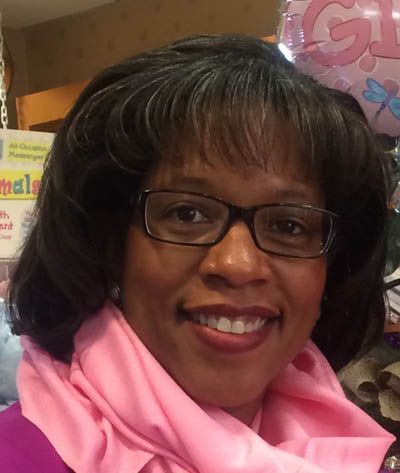