Premature Birth is On the Rise: How the PREEMIE Act Can Help

Would it surprise you to know that the number of premature births has been on the rise over the past three years?

According to the World Health Organization (WHO), prematurity is the leading cause of death in children under 5 years of age.¹

Globally 15 million babies are born preterm each year, before 37 weeks. It was reported that in 2015, there were 1 million deaths associated with preterm births. Many of the children who do survive face a lifetime of disabilities.

Although there are some known reasons for premature delivery, there are many left unknown. In 2006, legislation was signed due to the number of preterm births. This bill was known as the PREEMIE (Prematurity Research Expansion and Education for Mothers who deliver Infants Early) Act.  This act advocated for more research, community initiatives and interventions that are known to reduce the risk of babies born before 37 weeks. In 2011, the PREEMIE Act bill ran out and was reintroduced in 2013.  Between the time the first bill was introduced in 2006 and the time the bill ran out in 2014, the preterm birth rates declined each year.

Fast forward to today and the preterm birth rates have risen for the past three years. Our nation’s commitment to re-address this rise in preterm birth rates was passed in the PREEMIE Reauthorization Act of 2018.  This act will renew the commitment our nation has towards research, community initiatives, and interventions that knowingly reduce the risk of babies born before 37 weeks.

The March of Dimes (MOD) was a key supporter in reenacting this bill. They stated, “The March of Dimes urges all Members of Congress to cosponsor and vote for S.3029/H.R. 6085, the PREEMIE Reauthorization Act of 2018.”²

Premature birth: A reality we can change

A colleague of mine had twins born at 25 weeks. One survived, and the other passed away at only two weeks old due to complications after his premature arrival. My colleague and his wife are both active with the March of Dimes (MOD). As his wife said in an interview with a local news station, “It (premature birth) doesn’t just happen to other people. It happens to your neighbors, it happens to your family, and it can happen to you. Prematurity isn’t a one-time event, it has lifetime consequences. The MOD does lots of research in keeping mothers and babies healthy.”

The PREEMIE Reauthorization Act of 2018 was signed by the President in September 2018. Highlights of the bill include: (1) research relating to preterm labor and delivery and the care, treatment, and outcomes of preterm and low birthweight infants, (2) public and provider health care and education support services, (3) advisory committee on infant mortality, and (4) interagency working group.³

This bill will help to support the health of mothers and babies. Research, access to healthcare, and education are key initiatives advocating for improved outcomes and a reduction in the number of infants faced with the challenges of being born too early. 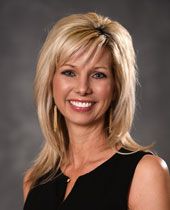