Every day in my clinical practice, I see new mothers struggling at home to breastfeed their babies.

Sadly, they disclose that many of their friends had attempted to breastfeed but had given up. They tell me they’d never expected to have problems, and that they REALLY want to breastfeed! My heart goes out to them. Thankfully, some mothers do reach out to us (OB Nurses, Obstetricians, Pediatricians and Lactation Consultants).

Unfortunately, I believe, most do not.

During their hospital stay, we give new mothers our best guiding efforts. This is often challenging given the short length of stay, patient fatigue in the wake of childbirth, pain management, visitors… you know the hitches.

Unfortunately, the CDC’s most recent breastfeeding rates suggest new mothers may not be receiving the support they need to continue breastfeeding as recommended.1 Can some of the issues mothers face after discharge can be prevented or overcome with appropriate interventions and clinical support PRIOR to discharge? The question begs, what can we do differently?

How can we improve duration in the mothers and babies we work so hard to initiate?

There are a number of prenatal and postpartum conditions which are known to impact breastfeeding success. These include maternal obesity, diabetes, hypertension, prima-parity, unscheduled cesarean delivery, complicated labor and birth, emotional distress and, last but certainly not least, nipple pain.

Nipple pain is well-recognized as a major cause for early cessation of breastfeeding. In one study, it was reported that 79% of women experience nipple pain prior to hospital discharge.2 This condition is one of the most common reasons given by new mothers for their pre-mature discontinuation of exclusive breastfeeding.3

Early observation, diagnosis, and management of nipple pain are crucial in preventing early weaning. Guidance and support, along with modifications of hospital practices, may be most effective in reducing or preventing nipple pain and its subsequent complications.4 Therefore, we nurses, lactation consultants, and pediatricians must intervene quickly when a mother is experiencing nipple pain.

Evaluation for optimal positioning followed by a functional assessment of the infant at breast are the first and foremost important bedside devices in the prevention and treatment of nipple pain. Mothers who have taken prenatal breastfeeding classes are often given very specific guidelines for positioning and latch technique. However, one size does not fit all when it comes to breastfeeding!

There should be a sealed attachment to the breast, and it should be difficult to detach the infant when a slight tug (as if to pull the breast away) is given. Many times the asymmetric approach to latch is effective when more traditional methods fail to work, especially when nipple shafts are shallow or flattened. A more comprehensive review of positioning and latch technique can be helpful.

Each mother and baby must be assessed individually. Maternal anatomy, dexterity and coordination, infant gestational age, behavior, and effort for feeding all play a role in determining the best technique.

A functional assessment of the infant at breast should be part of every clinical feeding assessment. This should be carried out on every shift.

Prior to secretory activation (formerly known as Lactogenesis II) the infant should display a variation of sucking bursts and pauses, with occasional swallows noted. This is a unique human pattern of sucking that mothers often describe as their infant “sucking in his sleep”. This pattern is known to program mammary tissue to produce more milk sooner and for the long term.5

Topical warmth and hand massage over the proximal aspect of the maternal breast may facilitate the transfer of colostrum. Later, as greater volumes of transitional milk begin to flow, a persistent good effort for feeding on the part of the infant should be observed and the frequency of swallows should increase.

Pain should not be experienced during or after the feeding. If pain is present, a thorough history and physical exam should be performed by the lactation staff to rule out such conditions as Raynaud’s phenomenon, nipple vasospasm or hypersensitivity, dysfunctional sucking by the infant, etc.

If nipple pain presents within the first hour after delivery, and the mother cannot tolerate the infant at breast (or the attachment is visibly sub-optimal), the application of Initiation Technology is recommended, regardless of the infant’s gestational age.5,6,7   This technology mimics the irregular pattern of full-term infant sucking which is known to program mammary tissue to make more milk sooner. The Symphony PLUS Breast Pump offers this technology.

In clinically indicated situations where the infant either has trouble latching due to maternal or neonatal anatomical variations, or where maternal nipple pain has become an issue, short term use of ultra-thin silicone nipple shields have been found to be an effective tool for mothers who might otherwise have abandoned breastfeeding.8

One retrospective study of 202 breastfeeding women found that 62% used silicone nipple shields due to poor nipple protractility, 43% had infant’s whose suck was disorganized, 23% experienced sore nipples, 15% used a shield during engorgement and 12% found a shield helpful due to prematurity. Of this group, the median duration of nipple shield use was 2 weeks, and 67% of these women continued to breastfeed after transitioning off the nipple shield.9

Nipple shield use with pre-term infants is known to increase milk intake without decreasing duration of breastfeeding.10 Nonetheless, use of nipple shields has been controversial for fear there may be adverse consequences with regard to infant weight gain, nipple confusion, or lack of breast stimulation. However, adequate infant weight gain and strong maternal satisfaction has been demonstrated with the use of the ultra-thin, clear silicone nipple shield.11

A bedside health care professional’s suggested short term use of a nipple shield should, when clinically indicated, be considered part of a proactive, preventative breastfeeding care plan.

Additional essentials for the first week at home

Lanolin is used widely for the treatment of nipple pain. One study reported that significantly more women were satisfied with the application of lanolin as treatment for their sore nipples.14

Another study found that the application of mothers’ own breast milk, combined with the use of breast shells (not to be confused with nipple shields), was most effective.15

Glycerin gel (hydrogel) pads consist of 90 percent water in a gel base. They work to promote healing by keeping a wound moist and protected from infection. For breastfeeding mothers with nipple pain, hydrogel pads provide immediate cooling relief to sore nipples and protection to tender nipples during healing.

Other, less widely used and/or experimental treatments specific for nipple pain are not well represented in the literature. These include the application of medical-grade honey, topical treatment using silver-impregnated medical caps over nipples with fissures, and the application of low-level laser therapy to painful nipples.

Just the other day I visited a patient for the second time. I had seen her a week earlier after her pediatrician made the referral. At that time she was 4 days post-partum and her infant son (born at 38 weeks by C/S after a long labor with epidural) had been breastfeeding with latch difficulty in the hospital. An 11% weight loss was noted.

Mom had been experiencing a great deal of nipple pain. Trauma in the way of cracks and fissures was noted. The nipple/areolar complex was also quite edematous.

An RN who had been assigned the couplet on their day of discharge suggested the use of a nipple shield after the mother expressed doubt about continuing efforts to breastfeed. The mother began using the shield just before discharge.

At my initial visit with this patient, direct attachment to breast was not possible due to persistent, although slightly improved, nipple trauma and edema of the nipple/areolar complex. However, we determined (via pre- and post-feed weights) that her baby was transferring adequate amounts of milk using the nipple shield, and there was relative comfort for mom.

Hydrogel pad application was initiated, and healing ensued. Seven days later, as I left this mother’s home after our second visit, she was beaming with a sense of accomplishment and relief. After a thorough breast assessment and feeding guidance, her baby latched directly to breast, no longer requiring the nipple shield.

Mom was able to return-demonstrate the ability to latch him several times to each breast by herself, with no pain. Milk transfer was measured and found to be excellent. Baby’s weight (now at 11 days out) was significantly increased and only 2% below birth weight. The nipple shield, combined with pediatric referral for immediate out-patient follow-up, was essential in facilitating breastfeeding success. How I wish the hospital-based RN who discharged this patient could see the result of her nipple shield recommendation!

This is only one example of how, with attentive clinical evaluation and proactive care of our at-risk mothers and babies, we can reduce those breastfeeding related postpartum tears and prevent premature cessation of breastfeeding. We are the change agents! 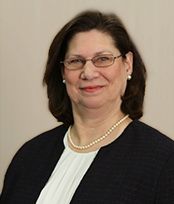 Diana Estep, RN, BSN, IBCLC, RLC has worked in the fields of Maternal-Child Health and Breastfeeding/Human Lactation for more than 30 years.  She currently serves as Director of Clinical Lactation for a community-based home health corporation in St. Louis, MO.  Prior to her current role, Diana held the position of Nurse Manager for Perinatal Education at a large metropolitan acute-care hospital.  Her extensive background includes clinical breastfeeding management of both high and low-risk mothers and infants in hospital-based and community settings.  She has conducted and coordinated federal and state-funded clinical research relating to breastfeeding and infantile colic.

Having served for a number of years as a local agency WIC Breastfeeding Coordinator, Diana administered a lively WIC Breastfeeding Peer Counselor Training Program.  She has been a committed activist in the public health promotion and support of human milk feeding and was a co-founding member of the St. Louis Model Standards Breastfeeding Taskforce.