Join designer - and working and breastfeeding mom! - Rebecca Minkoff as she shares her best tips for pumping at work and partners with Medela on a one-of-a-kind breast pump bag designed for today's moms. 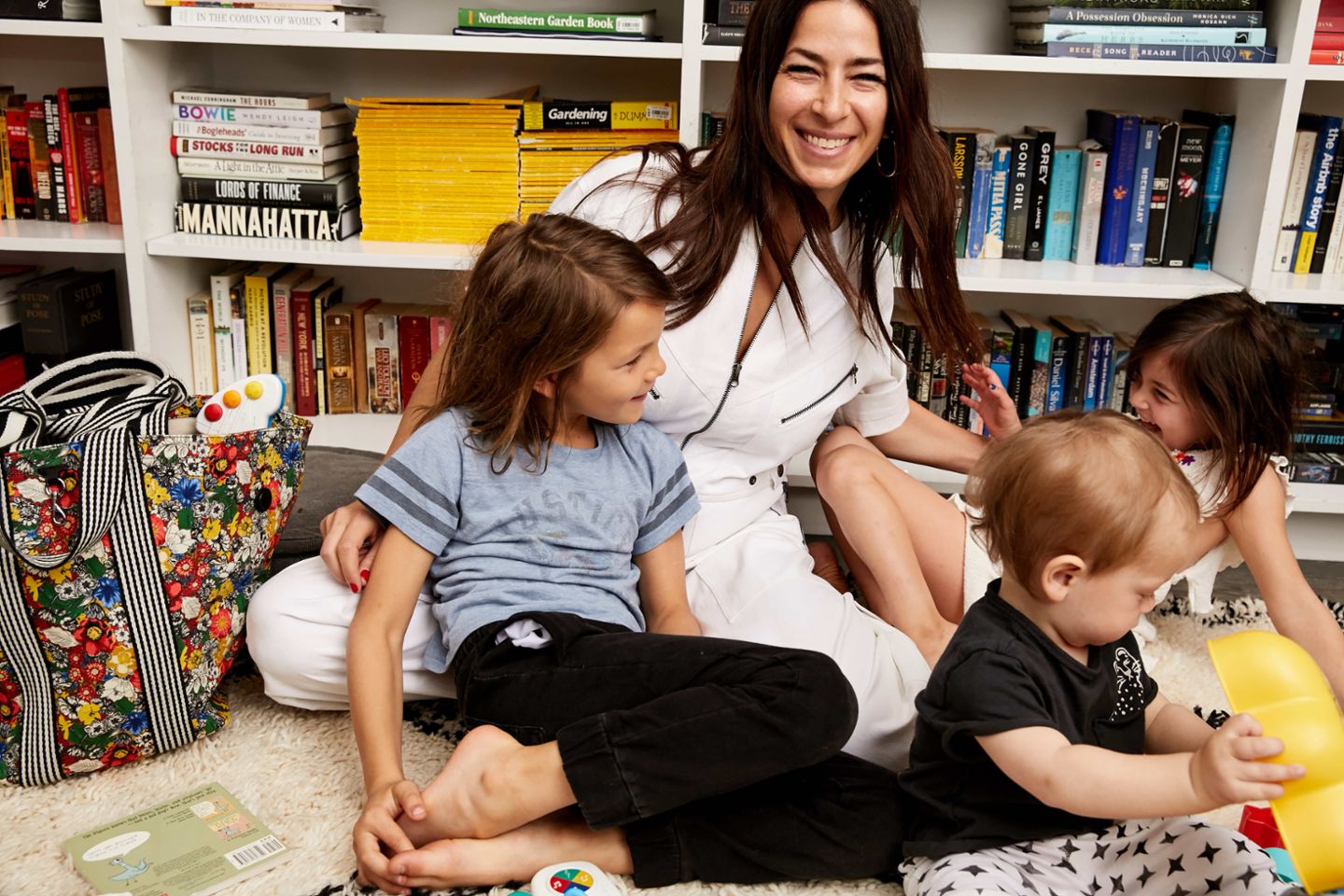 An industry leader in accessible luxury handbags, accessories, footwear, and apparel, Rebecca Minkoff's modern bohemian designs are inspired by strong, confident, and powerful women who are drawn towards a west-meets-east sensibility. After developing an affinity for design while in the costume department in high school, Rebecca Minkoff moved to New York City at age 18 to pursue her dream of becoming a fashion designer.

In 2001, Rebecca designed a version of the "I Love New York" t-shirt as part of a five-piece capsule collection, which appeared on The Tonight Show and became an overnight sensation.

In 2005, Rebecca designed her first handbag, which she dubbed the "Morning After Bag" a.k.a. "the M.A.B." This iconic bag ignited Rebecca's career as a handbag designer and inspired her edgy, feminine creations in the years to come. After four years designing statement-making handbags and accessories with her trademark leathers, studs, and hardware, Rebecca returned to her roots of apparel design and introduced her first ready-to-wear collection in 2009.

Today, Rebecca Minkoff is a global brand with a wide range of apparel, handbags, footwear, jewelry, and accessories products. In the spring of 2017, Rebecca Minkoff Watches was launched, reimagining the category through their decidedly downtown, rock-and-roll aesthetic.

The brand has 3 national retail stores, eight international locations, and is distributed in over 900 stores worldwide. In 2011, Rebecca won industry recognition when she was awarded the Breakthrough Designer Award from the Accessories Council. She is an active member of the CFDA and supports multiple philanthropies, including Baby2Baby Organization. In August 2017, she was announced as a member of the first-ever New York State Council on Women and Girls. Rebecca is dedicated to bringing women together to enact positive change.

In September 2018, she established the Female Founder Collective, a network of businesses led by women who invest in women's financial power across a socio-economic spectrum by enabling and empowering female-owned businesses.

In 2020, Rebecca will launch a diffusion line of children's clothing called "little minkoff", marking a foray into designing a truly sustainable and environmentally-friendly collection. She will also launch a new namesake fragrance to be sold at retailers nationwide and recently partnered with Medela on a one-of-a-kind breast pump bag for today's working moms.

Rebecca is married to Gavin Bellour, and they reside in Brooklyn with their three children.

I wanted to share some of my hard-won knowledge around pumping and nursing - and having to find all of this information out on the interwebs, so you don't have to!

Simply put, nursing and pumping to give your baby breast milk is one of the best things you can do for your new addition. It's not easy - in fact, it can seem like there are opportunities left and right to conveniently stop, whether it's due to pure exhaustion, no access to outlets, a demanding schedule, a jealous older kid, or - cue the airplane power surge that blows your Medela batter up (oh, and this was on an international flight so that was fun...not). There will be a lot of obstacles that you may face along your breast milk feeding journey, but here's the good news: You grew an entire human and birthed him or her! You can do anything after you enter that sacred realm of motherhood because we are warriors.

With that being said, here are my own 6 tips for making this whole breastfeeding thing as easy as it possibly can be:

1. Give yourself plenty of options.

If you can afford it, have two breast pumps. This way, you can leave one at work and keep one at home. Your insurance plan may even cover a free breast pump, so you only have to buy one extra. Be sure to find out for sure before going shopping!

If you don't have two breast pumps, then buy two sets of spare parts so that all you have to do is take the actual breast pump itself back and forth. I only purchased two pumps after my third kid and it made life a lot easier because I wasn't carrying extra items with me all day. It really upped my fashion game.

2. Communicate with your colleagues ahead of time.

Have a real, honest heart-to-heart with your manager or the head of Human Resources post-maternity leave and when you return. Set firm expectations that you have certain times of the day when you need to pump and that you need a clean, well-lit, ventilated place to do so - not a closet, a bathroom stall, or a dusty, empty office.

Better yet, buy this very helpful nursing cover and just pump during your meetings! We all have to do uncomfortable things to change systemic behavior, so pump. Go ahead! I have done so in board meetings, taxis, during Fashion Week prep, and on many more occasions. And guess what? Not only did no one see anything that I was doing, but it also pushed a boundary that made other women in my organization feel free to also do this and keep working at the same time. Remember, no one is ever going to remind you to get up and take that break because you have to pump or let you be late because you're lactating, so be sure to advocate for yourself and your breast milk feeding needs.

Buy a small cooler to keep in the company freezer, deposit your milk into Medela's breast milk storage bags, and keep those filled bags protected and secure in your cooler. Every Friday, take this cooler home with you!* It beats the daily back-and-forth and, honestly, I felt victorious each week because I was bringing home so much milk. I now know what cavemen must have felt after bringing home the meat from a successful hunt!

*Clinical Tip: Note that when breast milk is stored for longer periods, it can lose some of its nutrients. Be sure to clearly label your milk if it is stored in a shared refrigerator or freezer and be mindful of instances, such as power outages or surges, that may occur during or outside of office hours and could render your milk no longer usable.

4. Stay true to your pumping routine.

Don't let your pumping time slide, especially in those first few weeks back to work! It's critical to mirror as much as possible the feedings that you had with your newborn. This will ensure that your milk supply doesn't dip or sheer off a cliff! I have seen many women say things like "oh, I can wait another 15 minutes" and then, over the next weeks, their supply goes away. If you have doubts about this, see #2 and do it - and be sure to keep hydrated and drink your water as needed!

I found out about a company called Legendairy Milk that changed the game for me! A few months into being back at work, I noticed that my supply was dwindling so I tried these supplements and it came back with a vengeance. They make all different versions, so try which one is best for you!

Though current research is mixed on whether galactagogues are effective and every woman's body is different, this one worked well for me personally and my experience is purely anecdotal. Just be sure to do thorough research on any supplement before trying it out (for example, Legendairy Milk is not safe to use while pregnant - nor is fenugreek), as many supplements are not regulated by the F.D.A.

6. Start pumping while nursing (but after breastfeeding and milk supply are well-established!)

If you know you'll eventually be going back to work, start adding an extra pumping session or two in the weeks leading up to your return! This can help you produce extra milk that can be stored and saved to build a supply for your baby once your parental leave is over. I learned this with my second and third babies, because with my first I was literally making milk at home for him for the next day and it was beyond stressful.

Once my milk came in after Baby #2, I would pump early in the morning after the first feed. That's when I had the most milk. I tricked my body into keeping this oversupply for a long time by pumping consistently and adding in another pump session after she went to sleep*. I calculated that I needed 300 stored bags of milk to last for about 3 months after I went back to work, and then I just kept it up from there.

Yes, you are tired. Yes, you are famished. There's endless laundry and diapers and, and, and...But, going to work daily and knowing that I had more than enough milk (in fact, two extra freezers full of it!) was immense peace of mind for me.

*Clinical Tip: This is Rebecca's own personal, anecdotal experience. In most situations, Medela does not recommend beginning to pump until breastfeeding and milk supply are well-established. However, we recognize that every breastfeeding journey is different and some moms may find different ways to increase their breast milk supply for post-parental leave. 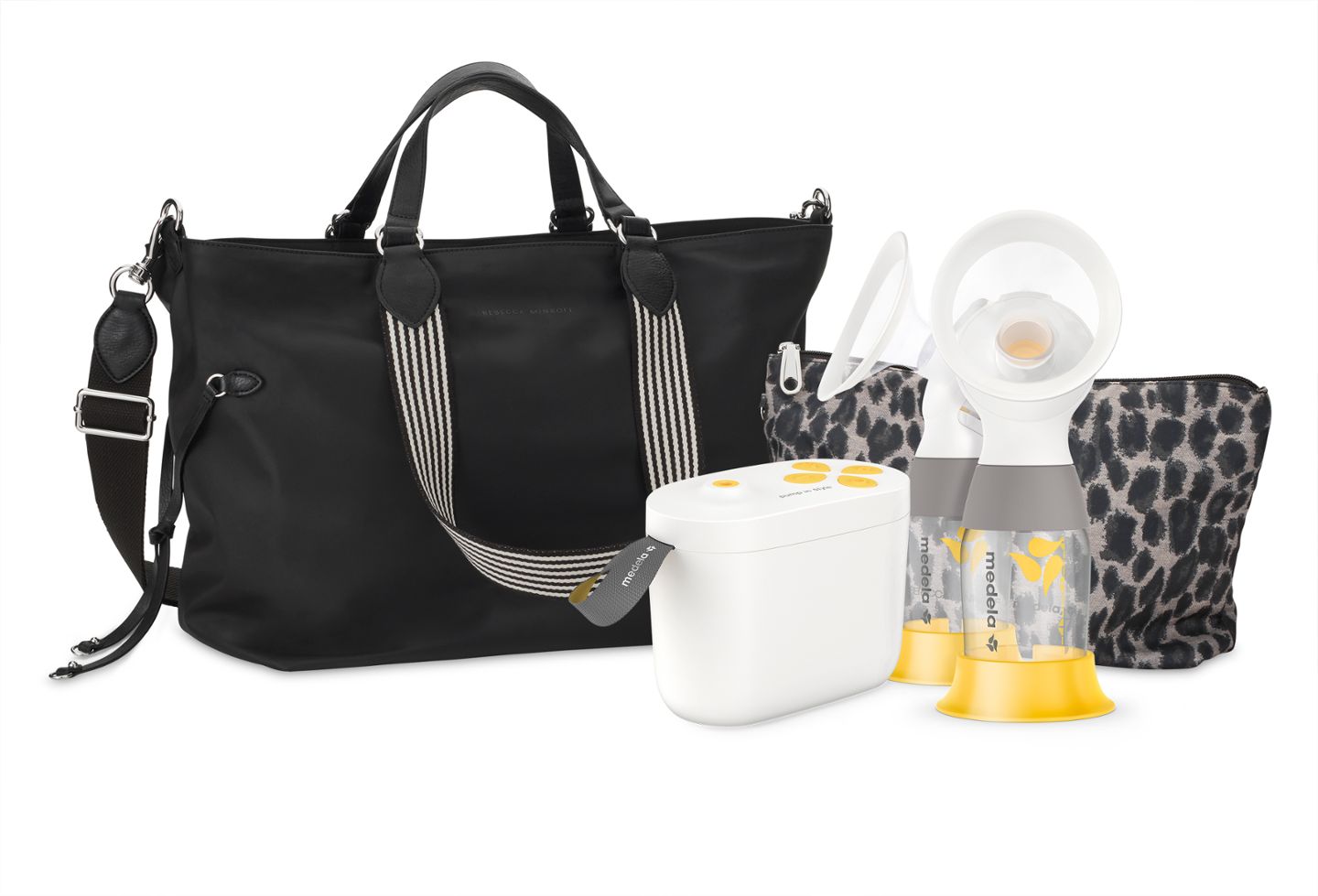 I hope these tips help! To see the breast pump bag (pictured above) that I designed in partnership with Medela, you can check it out on my website here. I also hope that you enjoy this journey and that you and your babies thrive on what I have found to be some of my best memories as a mom. 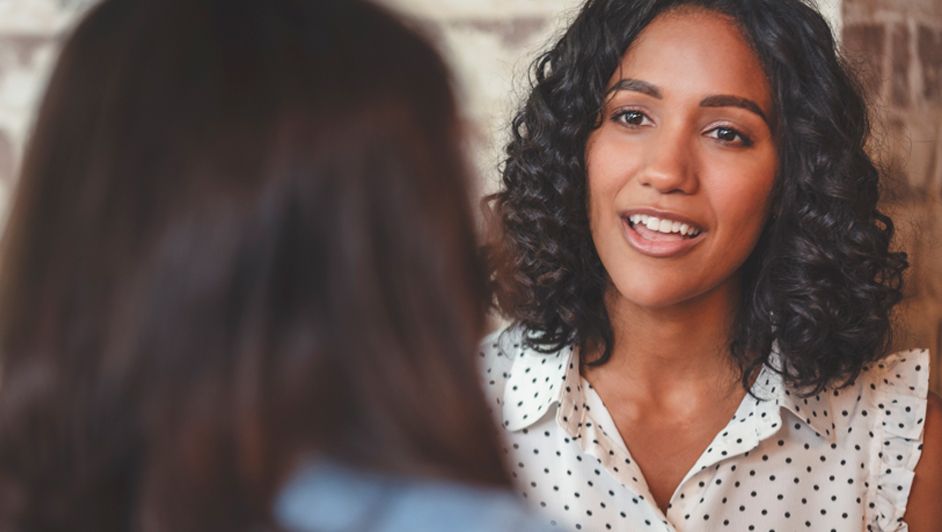 Questions to Ask Your Manager When Returning to Work After Baby

Going Back to Work After Baby and Getting Into a Routine 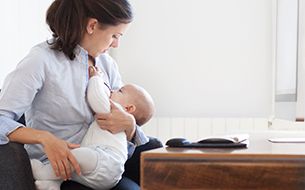 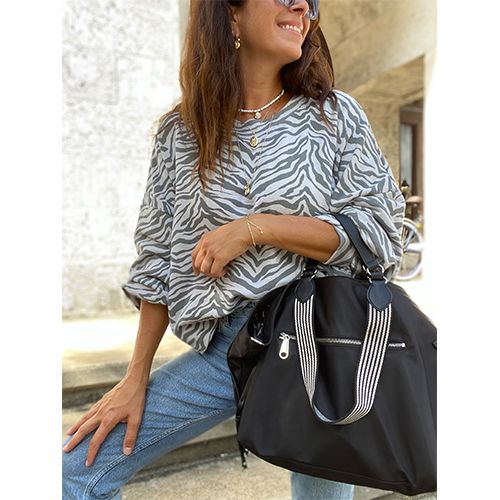