Professor Hartmann completed his PhD at the University of Sydney in 1967. After postdoctoral positions at NIRD in the UK, University of Pennsylvania, and University of Sydney, he was appointed to a lectureship in biochemistry at The University of Western Australia in 1972. He has been Head of Department of Biochemistry and Dean of the Faculty of Science at The University of Western Australia. His initial research interest was in lactation in dairy animals, and in 1973 commenced studies on the biochemistry and physiology of lactation in women. He has published extensively on the synthesis and secretion of milk over the entire lactation cycle of women - from conception to weaning. Over the last 48 years he has published 180 papers in peer-reviewed journals, 21 book chapters, and 62 review papers.

Peter’s research ranges from lactation in dairy animals and sows to lactation in women. He has published research papers on the synthesis and secretion of milk over the entire lactation cycle, that is, from conception to weaning. Current research projects include a) breastmilk synthesis and composition (proteomic and metabolomic studies), milk ejection and breastmilk removal by either the suckling infant or electric breast pumps; b) influence of infant appetite and breastmilk composition and breastmilk intake: c) the characterization, function and clinical potential of stem cells isolated from human breastmilk. He has supervised 58 completed PhD students and received the Macy-Gyorgy award from ISRHML in 2006, La Leche League International Award of Excellence for contribution to supporting breastfeeding in 2007, and the Rank Prize for Nutrition in the UK in 2010. He is a Fellow of Nutrition Society of Australia, current Past President of ISRHML and a Visiting Professor, Kagawa Nutrition University, Sakado, Japan. In addition he is co-editor of a Hale & Hartmann’s Textbook of Human Lactation 1st ed 2007. Professor Hartmann received the award of a Member of the Order of Australia in 2012 for his research in human lactation. 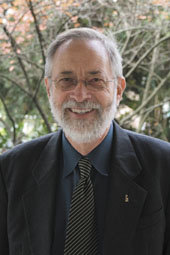 Request This Presenter
See All Presenters

You are not registered for any Live Programs occurring in the next 60 days.

You are not registered for any Online Courses.

Have an Education Promo Code?

Enter your promo code and click "Redeem" to continue registration.

May 13
Now What? The Impact of COVID on Human Lactation in the Black Community

May 19
Mother’s Milk Markers: How do we Measure, Predict (and Modify) Lactation Success?