MCHENRY, Ill., April 26, 2013- Medela hosted two U.S. forums as part of the Lactation Innovation Research Updates 2013 series to share the latest breastfeeding science presented at Medela’s 8th International Breastfeeding and Lactation Symposium in Copenhagen. At the symposium, Dr. Donna Geddes demonstrated how non-invasive ultrasound technology helped to identify the mechanism behind breastfeeding difficulties associated with tongue tie (ankyloglossia).  Infants with tongue tie have altered tongue movements, as well as difficulty maintaining a seal and latching at the breast.  As a consequence, tongue-tie babies become extremely frustrated, are not able to consume enough milk, and suffer from weight loss. The condition is easily cured, but often undiagnosed because moms and healthcare providers are not always aware of symptoms, leading to premature cessation of breastfeeding.

“Our studies clearly show that tongue tie is having a negative influence on tongue movement, either by pinching the tip of the nipple, or compressing its base, and therefore may cause problems with breastfeeding,” said Dr. Donna Geddes, Associate Professor, Hartmann Human Lactation Research Group, University of Western Australia. “Restricted tongue movement can be restored with the release of the frenulum, and this will result in relief for both mother and baby.”
Tongue tie is a condition wherein the tongue’s movement is restricted because the frenulum—the piece of skin that connects the tongue to the floor of the mouth—is inelastic or incorrectly attached. Feeding difficulties are reported in 25-44 percent of babies with tongue tie, but symptoms are often confused with common breastfeeding difficulties. Diagnosis requires a thorough visual and physical examination of the tongue and oral cavity.
Moms can help healthcare providers diagnose tongue tie by recognizing symptoms. Mothers whose babies suffer from tongue tie experience extreme discomfort during breastfeeding and they may have cracked or bleeding nipples. Their babies will often begin to nurse from the breast and cry soon after. Tongue tie babies don’t consume enough milk to satisfy, so they want to drink every hour, but demonstrate the same frustrated behavior when nursing does not yield enough milk. Mothers will often see diminished milk production, or their milk will not develop properly. Mothers will sometimes think that they are just having difficulty breastfeeding, not realizing there is an underlying condition that can be easily treated. Reporting these difficulties to a healthcare provider can prompt an examination and diagnosis.
Once diagnosed, tongue tie babies can be treated safely with a simple procedure to release the frenulum, called a “frenulotomy.” Mothers and pediatricians who recognize the symptoms should investigate when and if baby needs to be treated and should avoid premature cessation of breastfeeding.
Medela advances breastfeeding science by supporting research, facilitating forums to enable the sharing of best practices, and using the scientific evidence to inform product development like Calma®, a nipple designed to support babies’ natural feeding behavior.  Medela provided a forum for this discussion with U.S. audiences at Medela’s Lactation Innovation Research Updates 2013 events on Friday, April 19, 2013 at the VERVE Crown Plaza in Natick, MA and on Friday, April 26, 2013 at Scripps Mercy Hospital in San Diego, CA. In addition, other speakers from Medela’s 8th International Breastfeeding and Lactation Symposium, including Peter Hartmann, Foteini Hassiotou, and Lars Bode, discussed a range of topics associated with breastfeeding. These topics included breastfeeding recommendations for evidence-based practice, the unique components of human milk, and the value of human milk for babies in the neonatal intensive care unit (NICU).
*****************************************
About Dr. Donna Geddes
Dr. Donna Geddes is an Associate Professor working with the Hartmann Human Lactation Research Group in the University of Western Australia. Dr. Geddes is a specialist in ultrasound technology, using it to learn more about the anatomy of the lactating breast, and infant sucking dynamics. She has discovered that creating a vacuum is essential for an infant to successfully remove milk during breastfeeding. Dr. Geddes has used this non-invasive tool to shed light upon the effects of tongue-tie. Her work has attracted much international attention. She has received the Early Career Research award from ISRHML (2008) and the Certificate of Distinction for Innovative Research from the Raine Medical Research Foundation, Perth (2008) in recognition of her contribution to scientific research.
About Medela
Medela provides the most technologically advanced, superior-quality breastpumps and breastfeeding accessories to nursing mothers around the world. A longtime champion of breastfeeding, Medela is the only company to develop products based on research by the world’s leading lactation experts. As a result, Medela’s breastpumps are the number one choice of healthcare professionals and healthcare facilities worldwide, including more than 80 percent of U.S. hospitals.
Medela has developed an extensive line of products to meet the diverse needs of nursing mothers. These products include hospital-grade, double and single electric and manual breastpumps; breastfeeding accessories such as pump cleaning products, breast care products and specialty feeding devices; and maternity and nursing intimate apparel.
Founded in 1961 by Olle Larsson in Zug, Switzerland, Medela continues to grow under the ownership of the Larsson family. Medela serves customers through a worldwide network of distribution partners in more than 90 countries and its 15 subsidiaries in the United States, Switzerland, Australia, Canada, Germany, Sweden, France, Benelux (Belgium, the Netherlands and Luxembourg), Italy, Japan, Russia, the United Kingdom, China, Poland and Spain. The company entered the United States more than 30 years ago; its U.S. headquarters are located in McHenry, Illinois www.medela.com. 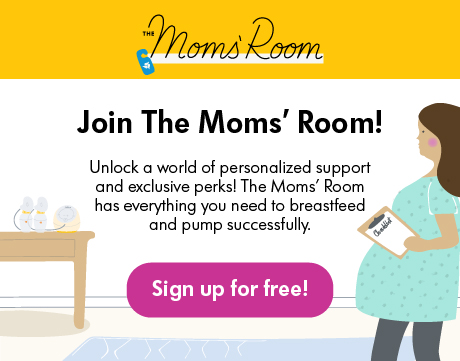